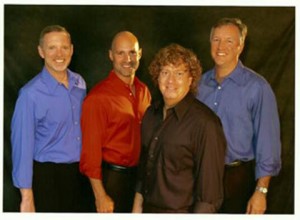 Meet The Atlanta Groove… a group of experienced Atlanta musicians who’s sound is as smooth and clean as it is rhythmic and exciting. Whether you’re out on the town or celebrating a special occasion with five hundred of your closest friends and family, this is the musical group you hope is there. With a song list that spans the last four decades, The Groove sets a mood that defines a special moment and makes it last all night long. … the goal?… Invite everyone to celebrate and leave no foot motionless. The Atlanta Groove is not the band for all occasions… only the great ones. Come check ‘em out.

Hits from the ‘50s all the way up to today make up the song list from this dynamic trio. The Atlanta Groove is a vocal and instrumental ensemble that combines acoustic and electric instrumentation to set the mood for dinner as well as the stage for dancing. This is most certainly the musical group for all occasions.

If you are looking for an experienced, energetic, and innovative cover band, then look no more. Groove Factor is a premiere, international cover band, founded in Atlanta, Georgia in 2006 by Terry Bam Bam Jemison, who is still leading the band, as band leader, drummer, musical director, and lead vocalist. This band has ample international and national experience. From Singapore, Malaysia, Japan, and Russia, to Atlanta, Georgia, New Orleans, Louisiana, and Auburn, Alabama, Groove Factor has set stages on fire with hip hop, R & B, pop, Top 40, and rock performances. Groove Factor has led the roster at several southeast talent agencies which gave the band the opportunity to perform at colleges and universities, cultural festivals, national holiday events, proms, and weddings. Groove Factor also has a strong and loyal following in its home base, Atlanta, Georgia, which leads to recurring gigs at some of Atlanta’s top venues for live entertainment. Groove Factor is comprised of an energetic frontline, and a full band, both of which can be tailored for clients’ needs. Groove Factor has led the progression of cover bands in the southeast, and has helped to shape other cover bands as well as helped to launch the careers of solo cover artist as well. Groove Factor brings energy, commitment, and integrity to every stage. The outcome has been rave reviews from party goers, promotion teams, reception attendees, schools, and overseas talent booking agents. Groove Factor is committed to sharing great music, one excellent performance at a time!

Fundraiser – The Peachtree Club “I have received many compliments on the band!”- Chris

Jeff
Guitars and Lead/Background Vocals
One of the few Atlanta natives Jeff Clein has been a fixture in the local music scene as well as a vocalist and musician with national touring acts for twenty years. Jeff began sneaking in the back door of clubs to sit in with the band at the age of fourteen and never looked back. After that it was jazz band, competition choir and then he hit the road. Jeff spent a couple of years with the touring group Prodigy who opened for such names as Blackfoot, Firefall and The Producers before he became a freelance musician working primarily with the The Lowery Group and Southern Tracks where he toured with, among others, The Bertie Higgins Group. He has performed at private events ranging from a bar-b-q for the Carter family to The Zell Miller Inaugural Ball. Jeff’s trained tenor voice and versatile guitar style has allowed him to perform and produce in many genres including pop, jazz, rock, country, hip-hop and dance. His venues range from back-yards to The Atlanta Civic Center, Center Stage, The Cotton Club and the elegant surroundings of Chateau Elan. Wherever there is fun and music, Jeff is ready and able.

Scott
Drums and Lead/Background Vocals
Scott started banging on pots and pans early on and finally got his first snare drum at the age of 8. 35 years later, he’s still at it. Having a great ear for picking out musical notes, Scott taught himself to play guitar, bass and keyboards and has recorded covers and original compositions in his home studio. Scott’s work has been heard on vinyl LP (Remember those? I think they called them records!), video sound tracks and local radio jingles. A native of Miami, Scott has bounced back and forth between Miami and Atlanta, playing and singing in many different bands from covers to all-original acts. Scott and his wife Terri, live in Suwanee, GA.

Roy
Bass Guitar And Lead/Background Vocals
From the age of fourteen, Roy played with groups in the area around his hometown in South Georgia until it became apparent that there was little opportunity in his field in a small town. So he first moved to Athens and then to Atlanta opening the door to a musical world that has welcomed him with open arms. Roy’s ability to play bass, guitar, piano and drums as well as sing lead and harmonize with groove and flare has lead him to share the stage with such acts as Government Mule, Drivin’ N Cryin’ and Vertical Horizon. His experience as a player and performer has made Roy an essential element in every project with which he has worked. And it is no different in this case. The Atlanta Groove depends on Roy’s smooth tones and rhythmic feel to lay the foundation for it’s rich sound. Roy overshot Atlanta in his trek and now lives in Acworth, Georgia with his wife and son.