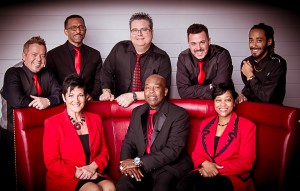 Party On The Radio is a fun loving group of eight professional musicians and singers. The band is fronted by Stanley Gordon, Teresa Gordon and Soni Brumlow; three incredibly fantastic vocalists who have been singing and performing together for over 15 years. Putting all the band’s musical arrangements together behind these fantastic singers is Musical Director and multi-instrumentalist, Eddie Brumlow. Working for Axtell Productions and Richard Tatgenhorst, Eddie’s bands have been a requested favorite since 1989. In addition to working with Party On The Radio, Eddie has also lead other popular Atlanta bands over the past 20 plus years like Music In Motion and Technicolor Radio. Together, Party On The Radio has performed for two U.S. Presidents, Home Depot owner Bernie Marcus and Microsoft’s Bill and Melinda Gates as well as many other well-loved celebrities and sports figures. Even though the eight piece group always contains three lead vocalists, piano/keyboard, guitar, saxophone, bass and drums, you can always add a full horn section, percussionist, woodwind, brass or string player by request. There’s no occasion out of reach for Party On The Radio! 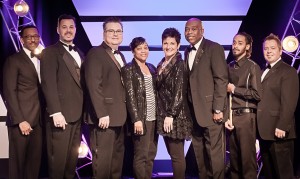 Party On The Radio is an interactive crowd pleaser equally at home performing absolutely anything from Aretha to Adele to Bruno Mars, The Black Eyed Peas, Mother’s Finest, Earth, Wind & Fire, The Temptations, Frank Sinatra, Garth Brooks or Kool & The Gang!!! From Bar Mitzvahs to Wedding Receptions, Holiday Parties and Corporate Events, this band provides the ultimate entertainment guaranteed to get your guests off their seat and on their feet! Of course we also bring a full complement of professional sound and lighting equipment whenever necessary and even provide complimentary Master Of Ceremony services and popular DJ music during the short 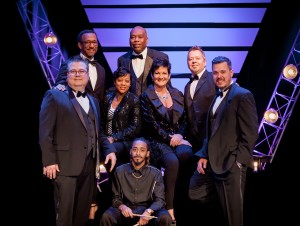 band breaks to keep the party going! If you want a really fun and versatile band capable of entertaining guests of all ages, Party On The Radio is guaranteed to be the hit of any social engagement!

“The band was awesome! They kept the dance floor full all night. I really appreciate their attention to detail – they played a special birthday song for my sister (the maid of honor) during the reception and they also learned a Bob Marley song for us. The sound was perfect in a room that had never had a full band perform. Even when the band was on break, they had made a playlist of all our favorite MP3s that people continued to dance to until band came back for another set. Very classy of Eddie to come speak to Nick and I after the evening wrapped up, and Rich was the easiest and nicest agent we have ever worked with! Will definitely recommend!!!”

“Great group of people with a great sound!”

Tommy A. University of GA. VIP Pregame Party at the Omni Hotel, September 3, 2016

“Love their music – many compliments from guests. Lucky to have had a little more time to hear them. Party on the Radio adds much to the gala.”

“Party on the Radio is a great band! They were awesome to work with and our guests really enjoyed their performance.”

Holiday Party -Metropolitan Club -” Party on the Radio was awesome!  They kept the crowd either dancing or singing all night long.  We have already gotten requests for them to play at next year’s event!  Thank you!” – Angel

New Years Eve Party-Marietta Country Club:  “Very nice band, friendly and got a lot of nice comments.  Thanks again.”  – Sigi
Susan Adamson-Mother of the Bride:
“The band was fantastic- they had people on the dance floor all night. They were open to suggestions for specific songs the bride and groom requested — even be Auburn fight song! Great band!”
Catherine Wells – bride: “party on the radio had a normally non-dancing crowd on the dance floor from start to finish. Excellent to work with!