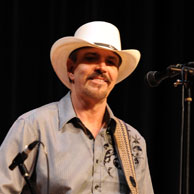 Mike has performed music virtually his entire life, from his hometown and bowed in GA and the Metro Atlanta area, covering thousands of miles over the years throughout the United States. He has opened for or performed with, the Freddy Fender Band, Confederate railroad, cheap trick, Darlene Austin, Hamilton, Joe Frank, and Reynolds, bill Haley’s comments, Janie Frikkie, Melva Montgomery, Allen Frizzle, and Doyle Grisham, just to name a few.

Although Mike is noted for his blues and country interpretations, you will find a variety of musical styles formed at any given show, including tunes from such greats as Merle Haggard, Lynyrd Skynyrd, Bob Seger, the Allman brothers, Neil McCoy, BB King, Elmore James, and Muddy Waters. Many songs from the pen of Mike Watson had become crowd favorites over the years such as, biscuit on my mind, lonely here tonight, that’s just the way my luck has always been,, the grasses never Greener, down to the river, and many more. Mike has worked on numerous recording projects with longtime friend and noted Nashville session musician Doyle Grisham. Currently the steel guitarist for Jimmy Buffett’s coral reefer band took Mike under his wing after a brief recording session at fireside studio Nashville in 1985, and through the years, due to his association, Mike has developed professional vocal, writing production, and guitar skills from being able to hang with some of the top people in the industry. Through Mike’s travels in studios and concert stages he has learned the making of a solid arrangement of any given song and you can always expect an outstanding performance. Whether performing a solo acoustic act or catching the groove with the Mike Watson Band, it will be a great time!