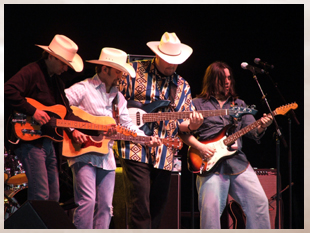 Mike and The Band is a result of six multi-talented musicians that were brought together while developing an ideal backing band for an independent recording artist. Mike and The Band’s live show is versatile enough to accommodate any event format. From clubs to festivals, Mike & The Band is your best choice in entertainment. Along with headlining major events, they also have shared the stage with many of the top names in country music.

September 2003 – Band shares the stage with the Kentucky Headhunters.