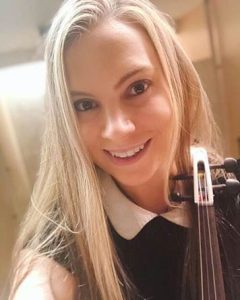 One of Atlanta’s most versatile musicians, Michelle Winters, Violinist, is a musician you’ll simply never forget. After spending many years practicing thousands of hours into strict classical violin, Michelle’s true passion surfaced when she discovered that playing to her favorite rock and pop artists couldn’t be held a secret anymore.

Feeling liberated from this transmutation, her animated passion of performing on the violin is equal to a rock star performing to thousands of die hard fans. Michelle absolutely loves being the life of the party and adores playing music from Led Zeppelin to Lady Gaga. She has been highly praised for her musical maturity and abilities to swiftly adjust without hesitations changes in tempo, key signature, genre, and more. 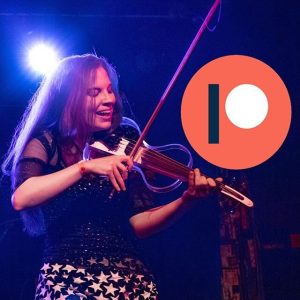 Michelle’s commitment to providing excellent music can be heard all the way from local restaurants to Atlanta’s Hartsfield-Jackson International Airport, where she was featured in the Atlanta Journal Constitution for soothing stressed travelers. She has performed for clients and notable people, such as Billi and Bernie Marcus, Jane Fonda, Porsche, Terani Couture, and more. She has also been seen and heard in various television and movie mediums, such as Fox Sports. Michelle is proudly endorsed by Peak Music Stands.