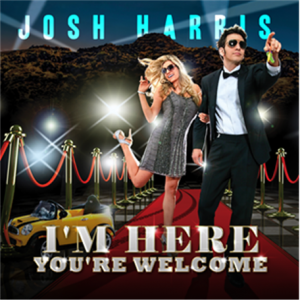 Exploding onto the comedy scene, young Atlanta comedian Josh Harris has experienced an impressive rise over the last few years. Hailed by Creative Loafing Magazine for “combining frat boy silliness with a trap star mentality,” his high energy performances and one of a kind material made him a semi–‐finalist on Bill Bellamy’s Who’s Got Jokes. In 2009 NBC flew him to LA to compete in the finals of the nationwide talent search Stand Up for Diversity, which showcased the country’s ten freshest comedians at The Comedy Store. In 2012 he performed a nationally televised comedy set for Bounce TV’s “Off The Chain” hosted by Rodney Perry from “The Monique Show.” In 2017 he performed a nationally televised comedy set on Trinity Broadcasting Network. He’s written for Cartoon Network Online, starred in a television pilot for History Channel, and in 2015 released his debut musical comedy album “I’m Here You’re Welcome.” The album debuted at #3 on the iTunes comedy charts. In 2016 Josh shot his first comedy special at the historic Earl Strand Theater, and later that year his comedy music video “Whipped Guys” garnered 10,000 views in less than 12 hours. Josh gives all the credit to his Lord and Savior Jesus Christ, the source his peace, joy and many blessings.